Only a Company with the depth, breadth and the facilities of Houston Ballet could assemble a locally grown program by some of the world’s most sought-after choreographers. Hailed by The New York Times as “easily ballet’s most original choreographer,” Canadian-born James Kudelka premiered Passion in Houston in 2013 to great critical acclaim. Born in Taiwan and raised in California, Edwaard Liang’s was inspired by flight patterns of starling birds and he employs his signature seamless and emotional movements in Murmuration. American born Houston Ballet soloist Oliver Halkowich has danced classical and contemporary works by Balanchine, Kylián, Forsythe and many others. This is his first solo choreographic work for the Company. Also, on this spectacular program is a World Premiere by Zhang Disha. A winner of numerous international choreographic awards, she is recognized worldwide as a strong, daring and highly emotional modern choreographer. 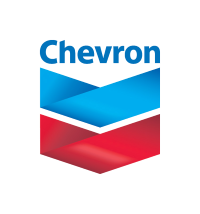